Anyone who has spent time in developing countries can figure out that more often than not, rules of the road are more like hopeful suggestions than enforceable law. Motorbikes going the wrong way on one way streets. Buses stopping to pick up passengers from the middle lane on a three-lane street. Passenger cars reversing onto highways by way of the exit ramp. If you can think up a maneuver, it’s probably been done at some point. That’s not to say egregious road behavior doesn’t occur in developed countries because obviously it does. Infringements assume different forms, the most common of which is reckless driving.

Unsurprisingly, road fatalities represent one of the top causes of death around the world. According to the World Health Organization, it is the 8th leading cause of death. 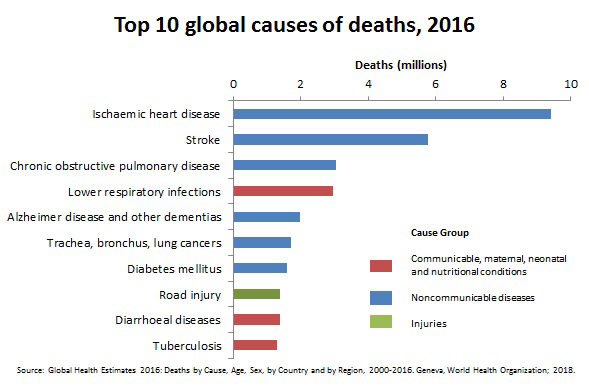 Globally, pedestrians and cyclists represent 26% of all deaths, with those using motorized two- and three-wheelers comprising another 28%. Car occupants make up 29% of all deaths and the remaining 17% are unidentified road users.

As with most health statistics, details vary by region and income, with lower and middle income countries bearing the brunt of the fatalities. The highest road fatality rates come from the African and South-East Asian regions. 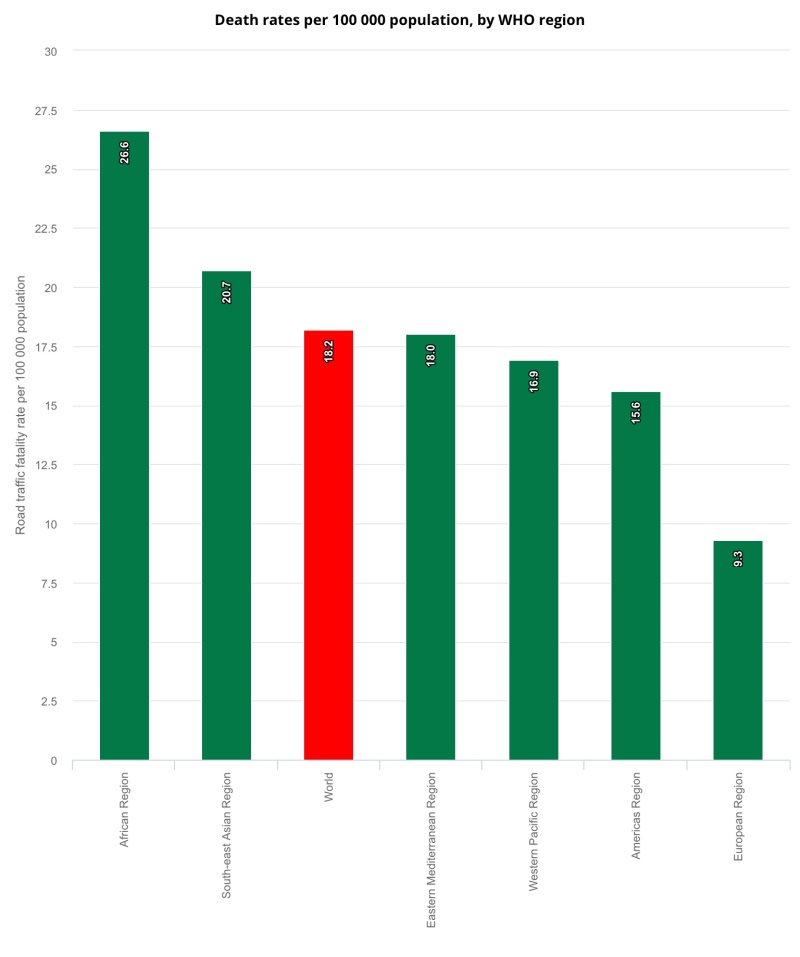 Africa registers the highest proportion of pedestrian and cyclist mortalities with 44% of deaths. Meanwhile, the majority of deaths in the South-East Asia and the Western Pacific regions are among riders of motorized two- and three-wheelers who represent 43% and 36% of all deaths respectively.

Road fatalities can also be seen as a major indicator of disenfranchisement. According to a WHO report, 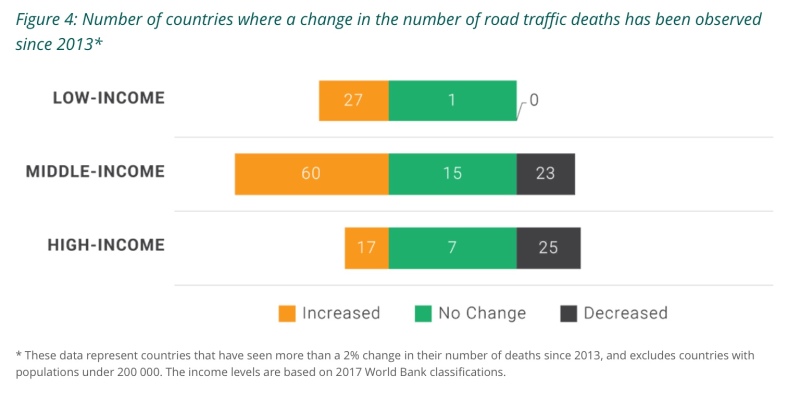 Rather than decreasing, the overwhelming majority of road fatalities in low-income countries have increased since 2013. It’s a damning indictment of the failure of governments’ ability to protect their most vulnerable citizens.