What a night for putting up numbers. Almost every category looks a little gaudy, except threes which Steph Curry topped with a modest 7 made out of 14. Eight out of the top ten scorers had 30 or more. LeBron James pulled up the rear with a measles 28 points(!).

Meanwhile, every single rebounder in the top ten grabbed at least 12 rebounds. Twelve! If you just saw the stat and knew nothing else, you’d think they were playing against a league of dwarves. Or not. But you get my point.

Finally, of the top ten scorers, Win-Loss came out almost even. Five belonged to teams that won (GSW, LAL, LAC, BOS, OKC) and four that lost (NOP, MIN, WAS, MIA). The Lakers had two players — LeBron James and Kyle Kuzma — on the list. 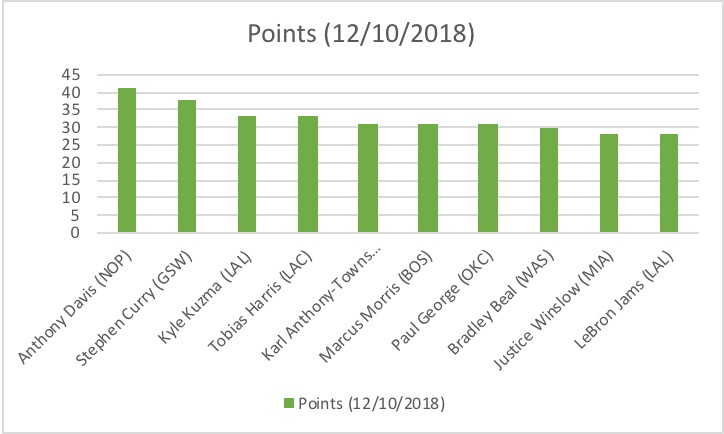 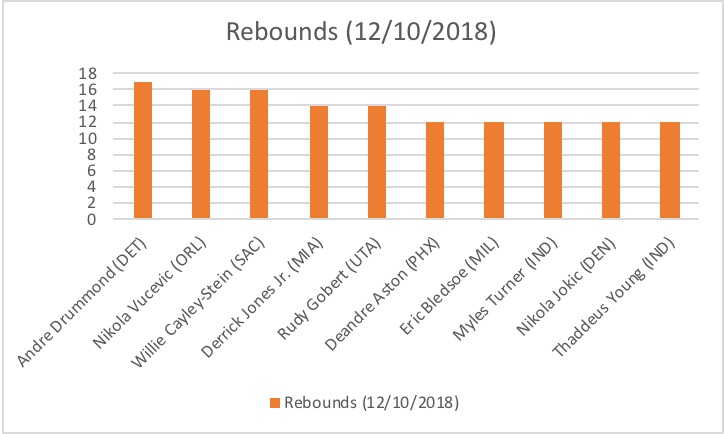 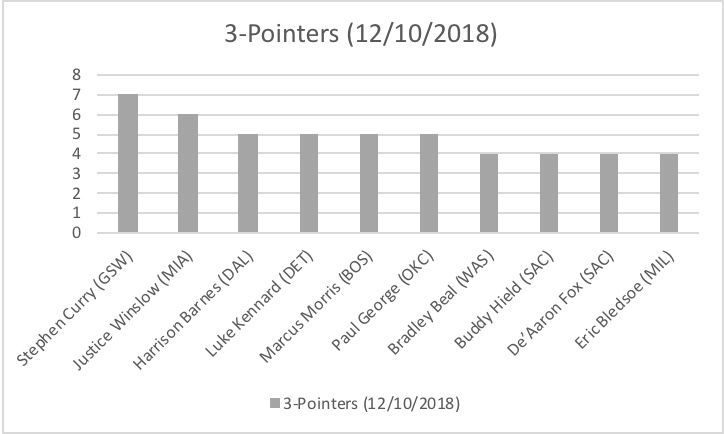 The Scientific Inquirer needs your support. Please visit our Patreon page and discover ways that you can make a difference. http://bit.ly/2jjiagi